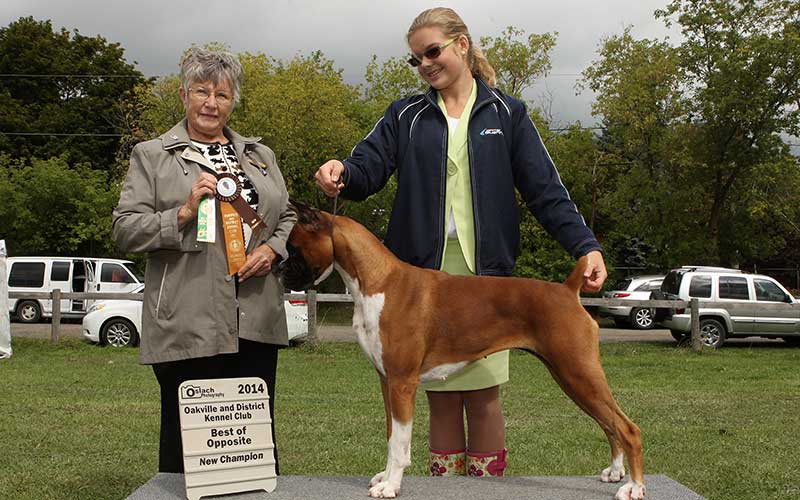 Hello everyone! I am sooooo sorry for not writing for almost a year!!!! Time just seems to fly by,and what was once a week ago is now three months ago!But, I hope you can forgive me, because I have some amazing news for everyone. It has to do with this one girl named Caroline and her dog Dorka.(that's me by the way,Caroline not Dorka:)
We have achieved championship!!!!!!!!!!!!!!!I can hardly believe it,but when I looked over at Dorka after our win,her eyes just said “I told you so”.Then I swear she smiled. She is such a clown,that one,but I love her so much. So,the show where this all happened was in Milton,and it was the same show where she had one year ago previewed in the  ring for the first time!I'm so proud her!!!We still compete,so just keep your eyes open for us. We'll be somewhere,a happy,relaxed dog with not a care in the world and a shy,slightly nervous but eager 13 year old girl. Don't worry,we're not hard to miss:) You know,I feel like Dorka and I grew up together,even though we're still really young. We kind of got older together, although I don't think we're even close to being remotely mature:)As long as we have fun,I'm happy and so is Dorka. Our next show is the one  in Caledon,and our last show was the huge one in London,where I personally think we did quite well.  Just an update about Lambada, she's doing great as always and relaxing until she come back into the ring as an old pro,literally. Well,that's it for now,but I will not take a year to write another one...hopefully:)